Canton, officially known as Canton Township is the second most-populated township in Michigan. As per April 2020 Census, the population in this charter township is 98,659 and among which 14.1% are persons above 65 years. In 2015, this township in the Wayne County was ranked as the safest cities in the state and nation. Also, it was ranked in the 96th position for highest income place in the United States with more than 50,000 population.

With a diverse population, the township is offering a number of business and career opportunities along with incredible natural beauty. With a suburban feel and being on the list of best places to live, the township is drawing families to the community.

Assured Home Nursing is one of the reputed and top-rated Senior home care in Canton, MI. We believe significantly in improving one’s quality of life and this is the reason, we are serving dedicatedly for people in need of care and support since 1999. By believing on us, your loved ones can spend quality time with joyful and meaningful companionship from our caregivers.

From personal errands to helping your senior family member in engaging their favorite activities, we help in developing a customizable care plan that assures dignified aid and also holds the respect and privacy of your loved one.

We understand how it sometimes becomes necessary for a family member to step back and look for elderly care services. We have a list of customized care plans, by choosing them you can help your loved ones in restoring spiritual, emotional and physical needs.

Looking for Free Consultation? Call us at (248) 593-8134 and our RNs who are available round-the-clock will reach you to assist. To know more about how our services are helping, you can look into clientele reviews. 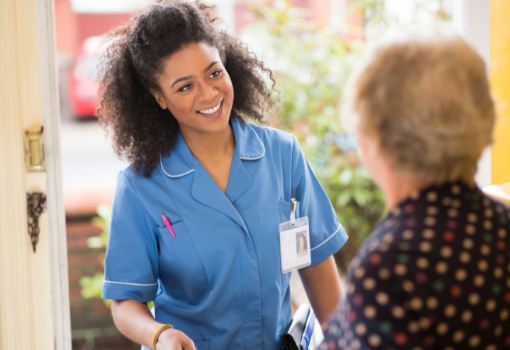 How long have you been providing home care services in Canton?

Assured Home Nursing was established in 1999. Since then, we have been operating in over 25 cities including Canton.

Where should I look for in home Cardiovascular Disease Care services in Canton?

There are several home care agencies operating in and around Canton. However, Cardiovascular Disease Care requires attentive care, and caregivers must be well trained and experienced in dealing with people suffering from cardiovascular disease. So, you can consider Assured Home Nursing for cardiovascular care and other home care services as we bring advanced care directly to the place your loved ones live.

Will you provide free consultation for home care services in Canton?

Will you provide customized care for our parents living in Canton?