Being located in the Wayne County of Michigan state, Grosse Pointe is considered to be one of the best places in the county. With an overall population of 5,206, the place offers a suburban feel to most of its residents. Also, because of its conservative approach and emphasis on traditions, the place has become a favorite for many retirees to reside. Maybe this is a reason, the senior population is rising efficiently in this city.

According to the Grosse Pointe Population Census report of 2010, people in the age group of 65 years and above were estimated to be 16.1%. This percentage gradually increased and the senior population has taken a spike to 21.2% in the city’s population census, April 1, 2020.

As the aging population is growing rapidly, the need for elderly care services, particularly In-Home Senior Care in Grosse Pointe, MI is becoming essential. With caregiving services, individuals who are living alone or far from families can easily have their daily tasks accomplished. Also, for senior citizens who are facing difficulties with long-term health conditions such as Dementia, Alzheimer’s, Stroke & Paralysis, Diabetes, etc., can get a supportive hand to meet everyday activities of living and other personal care tasks.

Considering this specific need and aiming to simplify the living of older adults, Assured Home Nursing started its Elder Care Services in Gross Pointe, Grosse Pointe Farms and Grosse Pointe Woods since 1999. Unlike a nursing home or care facility, we aim to help seniors in recovering from illness and medical treatment in their home atmosphere. We are proud that with our personalized and customizable senior in-home care service, we have been a great companion to many aging adults to age in place with dignity, peace of mind, and independence. Along with Grosse Pointe, we are successfully serving in several cities of Michigan.

We understand how the search for the right in-home care service is often new and challenging for families in need. That’s the reason, we are here to guide you in finding the best home nursing service for the elderly in Gross Pointe, Grosse Pointe Farms and Grosse Pointe Woods. 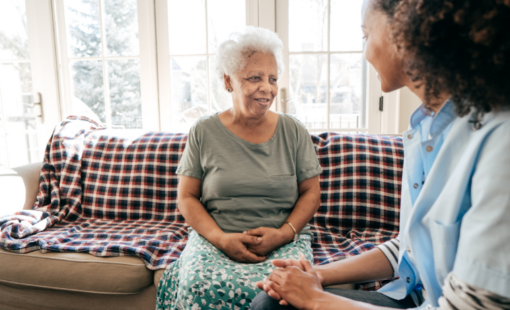 We offer in-home care in Grosse Pointe and neighboring towns in MI. Call us for a free consultation @ (248) 593-8134 or write to support@assurednurse.com. You can even visit our website https://myassuredhomenursing.com/ to know more about our home care services.

How long have you been providing in-home care in Grosse Pointe?

Assured Home Nursing has been providing in-home care in Grosse Pointe since its inception in 1999. Besides, we are also a well-known and the most trusted home care service provider in and around Grosse Pointe.

How do your caregivers help those taking home care services in Grosse Pointe?

Our caregivers help the elderly to age well with dignity and independence by providing support in many activities of daily living. They support the older ones in: